Table 3-4 illustrates economic indicators of Korea from 1982 to 1990. Before 1990, growth rates of GDP and gross investment kept expanding and climbed to the summit at 18.8% and 23.3%, respectively, in Games-Year. However, growth rate of GDP plumped into 12.2% in 1989. Furthermore, growth rate of investment boosted since 1982 and kept increasing after the Olympic Games. Additionally, growth rates of household consumption and government expenditure were stable before 1989, and they increased abruptly afterwards. As for growth rate of employment, it slightly fluctuated from 3.0% to 5.5%. Although growth rate of index value dropped into -25.3% in 1982, the beginning year of Olympic investment, they climbed to the summit at 87.3% in 1986, and kept amazing growing afterwards. 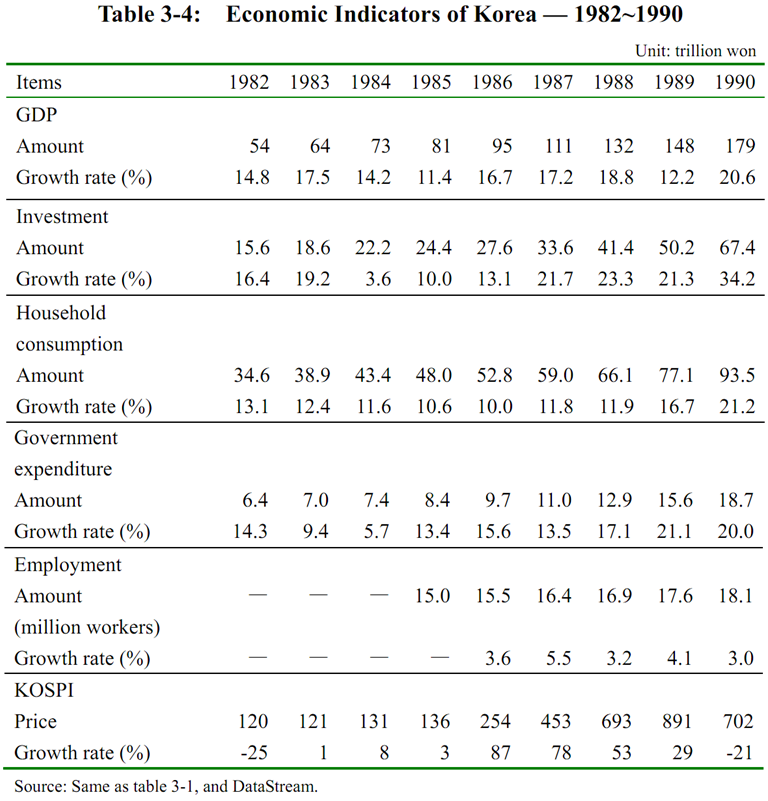